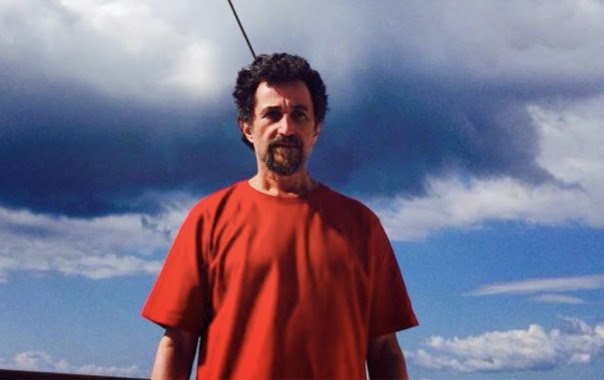 Tzvi was born sometime in the 20th century in Transylvania. When that latter-day Dracula, Ceausescu, let his Jews go for $5000 per capita deposited into his Swiss bank accounts by American Jewish Organisations, Tzvi migrated to Israel.  Growing up there he saw wars. Loved, and loved to hate, that tiny strip of land and the Israeli paradox that can cause claustrophobia, neuroses and severe delusions.

Following the completion of a Fine Arts course of studies he fled the Levant, and moved west. Then further west. Lived in Europe, Nigeria, New York, Los Angeles, San Francisco, the Sierra Foothills. Was married. Then was not. Painted, taught, exhibited art; inflicted on galleries and communities doodles and baffling (to himself included) conceptual art. Sculpted celebrated commemorative medals for numismatics and minting companies. Sweated, bled and shed tears creating businesses that fed the gargantuan American appetite for decorative nicknacks. Was an OK businessman but a lousy self-promoter when it came to everything else. During a broken heart episode he wandered into a local drama class and fell for the theatre. Performed here and there; did and does theatre & film.

Oh, yeah; he also commits poetry.  Once upon a time he published the celebrated - by those who celebrated it - collection 'Out Of Here'. Even his father liked some of them ( his English is bad. he doesn't read poetry). The poems made it into some literary journals, the names of which will not be disclosed here. Currently resides in Prague with a few spiders. From his small fifth floor studio apartment he can catch a glimpse of the tip of the Prague castle.