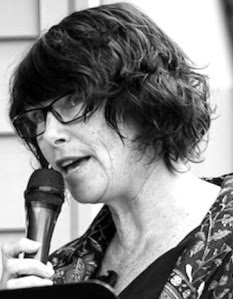 Unusually, October's Alchemy took place on the second Wednesday of the month, with the Australian poet Jane Williams as the featured reader.

Born in England in 1964, Jane lives in Tasmania with her partner Ralph Wessman. We are delighted that she has agreed to come, and we look forward to an evening of powerful readings.

Since the early 1990s, Jane's poems have been published in most major Australian literary journals and newspapers and in periodicals and online in countries including Ireland, USA, Canada, England, Japan, Sweden and India.

Her first collection, Outside Temple Boundaries, won the Fellowship of Australian Writers Anne Elder Award in 1998. In 2005 she was awarded the D.J. O’Hearn Memorial Fellowship and the Bruce Dawe Prize for poems in her manuscript The Last Tourist which was published by Five Islands Press in 2006. A selection of her poetry Some Towns and other poems was published as a chap book by Picaro Press in 2007.