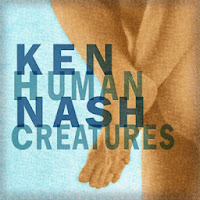 Following the sell-out success of his earlier disc, Magic Squirrels, Human Creatures showcases Ken's inimitable 'anti-folk' style. 'If squirrels is Nash's Sergeant Pepper,' one critic has written, 'then Creatures is his Abbey Road.'

A sample playlist of this album is available here