Barry Wallenstein is the author of five collections of poetry, Beast Is a Wolf With Brown Fire, (BOA Editions, 1977), Roller Coaster Kid (T.Y. Crowell, 1982), Love and Crush (Persea Books, 1991), The Short Life of the Five Minute Dancer (Ridgeway Press, 1993), A Measure of Conduct (Ridgeway Press, 1999).
His poetry has appeared in over 100 journals in the U.S. and abroad, in such places as Transatlantic Review, The Nation, Centennial Review, and American Poetry Review.


A group of new poems has recently been translated into Chinese by Professor Wan Ning, for the magazine Contemporary Foreign Literature, 2001, an anthology of post-beat poetry.He is a Professor of literature and creative writing at the City University of New York and is also an editor of the journal, American Book Review. A special interest is his involvement in the performance of jazz and poetry together. He has made four recordings of his poetry with jazz collaboration, the most recent being Tony's Blues, on Cadence Jazz Records [CJR 1124, 2001]. 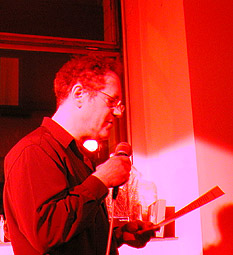 For the past 30 years he has been the coordinator of the city-wide Annual Spring Poetry Festival at City College which includes poets as young as second graders and goes up through the ages. The publication, Poetry in Performance, comes out of this event. Currently he is the Director of City College's Poetry Outreach Center. In August, 2001 he was in Cape Town, South Africa, where he met with the administration of the creative writing faculty to help establish an outreach program similar to the one that exists at City College. In June 2002 he was a featured guest poet at the Bear River Writer's Conference in upper Michigan, and in March he traveled to the south of France to conduct poetry workshops in schools, and present readings with French and African musicians. 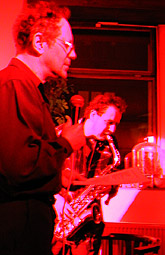 In 1995 he received a fellowship to The Macdowell Colony, and in 1996 and then again in 1999 he visited Paris and London where he presented workshops and readings from his poetry. In June 1999 he was a resident fellow at Hawthornden Castle in Scotland. His 1971 book Visions & Revisions: The Poets' Practice [T.Y. Crowell] was reissued in a new and expanded edition by Broadview Press [2002]