Myla Goldberg, author of the novel, Bee Season. Bee Season was a Notable Book by the New York Times and is being translated into eight languages. She is currently at work on a new novel, Wickett's Remedy. Myla lived in Prague in 1993-1994 and now resides in Brooklyn with her husband, cartoonist Jason Little.

Gwendolyn Albert is a native of Oakland, California. Albert studied linguistics at UC Berkeley and was a Fulbright scholar at Charles University in Prague during the 1989 Velvet Revolution, which she participated in as a translator for Vaclav Havel's Civic Forum organization. She has been living in the Czech Republic since 1994, where she is an activiist in refugee issues, police reform, and Roma rights. Her translation of Eva Svankmajerova's surrealist novella "Baradla Cave" was published by Twisted Spoon Press (Prague 2000). She edited the expatriate section of "Ten Years After the Velvet Revolution: Voices from the Czech Republic," a special issue of the New Orleans Review (Spring/Summer 2000)and was Editrix of JEJUNE: america eats its young magazine from 1993 until issue 9 in 2000. Her work has recently been anthologized in "Short Fuse" "the global anthology of new fusion poetry" (Rattapallax Press, NY 2002). 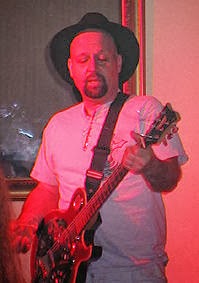